At the moment, Paul van der Vooren is one of the most popular and most frequently booked DJs in Holland. Born in Haarlem (the Netherlands), Pavo has already spent half a lifetime behind the turntables and has now reached the top, at which he will probably remain for a while to come. Much of his success is due to the fact that he's been working in the studio(dreamland/code red studio) and has released several well-received mix albums. &lsquo; I play music straight from the heart. It's incredible that everything is going so well, I never expected the harder sounds to become so popular', he explains.

Smashing performances at parties such as "Multigroove" and "No Bullshit" had turned Pavo into a leading light in the western part of Netherlands a long time before. 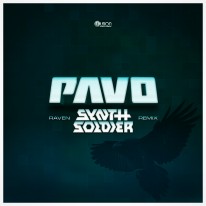 Back In Time / Classic