Hailing from The Netherlands, Chris Oberman was drawn to music from an early age on. However, the moment his mind got captured by the ways of electronic music and the deep urge to create it by his own hands, a journey started, eventually leading to the birth and existence of Jack of Sound.

While struggling, yet triumphing his way through DJ and remix contests in an effort to put his name on the map, Jack found another way to reach the masses; creating mashups. By turning this craft into his special weapon, he even got noticed by the big shots of the scene. Hearing Tatanka firing his "Cocaine Fothermucker" mashup through the colossal Gelredome at Qlimax 2008 was a true highlight for this new gem back then, but this turned out to be just the beginning of something bigger. He continued his noble mission; creating, improving and constructing a sound for himself.

In 2010, Jack of Sound became a proud member of the standard-defining hardstyle label Fusion Records, where he got the chance to share the coffee corner with guys like Zany, B-Front and The Pitcher on a daily basis. In the busy years that followed, Jack of Sound took over the speakers at Dutch events like Defqon.1 Festival, Decibel Outdoor Festival, Dominator, X-Qlusive Holland, Loudness, Qountdown and Euphoria, but also made his way to international destinations like Q-BASE 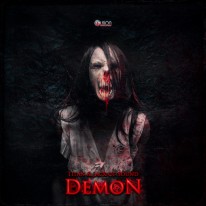 You're Next / A Ghost Story