With more than twenty banging releases, a membership to the infamous Donkey Rollers and residencies at the biggest and loudest events on the planet , MC DV8 is rightly known as THE voice of todays hardstyle scene. The Dutch MC first appeared on DJ Zany's "Deep Inside", back in 2005. By breaking new ground in the recording studio in '06 and '07 DV8 paved his way to international success.

His collaborations with Zany and Showtek have made him reach across the borders of Holland to crowds all around the globe. Writing and lending his voice to hardstyle-bombs like Front 2 Back, Shout out, Distorted, Hold us Back, Electronic Stereophonic and of course the instant classic Nothing Else Matters, made DV8 a pioneer to hardstyle MC's worldwide.

DV8 has appeared on three studio-albums (DJ Zany's 'Fusion of Sound' and 'Today is Tomorrow' + 'Analogue Players in A Digital World' by Showtek) and also wrote tracks for Donkey Rollers, Tatanka and The Pitcher. On stage he hosts (main)stages of parties like Defqon 1, HardBass, In Qontrol, Black, Q-Base and Decibel Outdoor.

On top of maintaining a busy solo schedule DV8's a member of Donkey Rollers. This live-act is considered the hardest and loudest of it's kind and has a on-stage reputation that goes beyond any comprehension. DV8's performance ensures the party gets rocked big time, every time. Get DV8'ed baby. 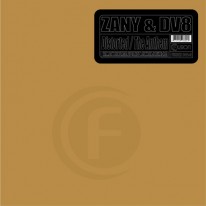 Nothing Else Matters / Fever